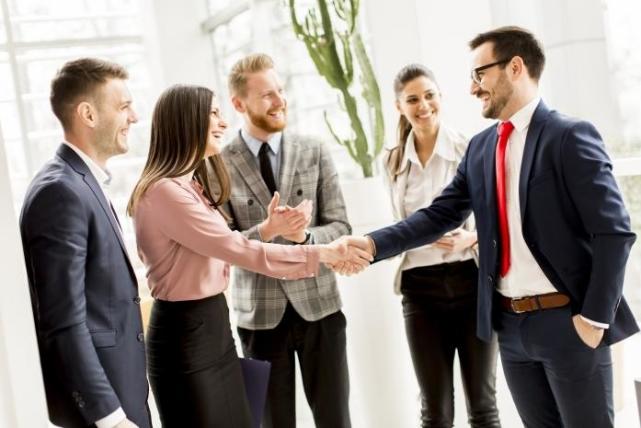 In selling to and serving major accounts, team selling is one of the most powerful, and underutilized, competitive advantages. Effectively mobilizing your organization’s most precious assets, its people, often makes the difference between success or failure in large deals.

In the enterprise world, team selling needs to be more than a slogan; it needs to be the way you do business. Consider: You must assume that the worthy competitors you face in major account pursuits are “hunting in packs," and the accounts whose business you pursue are also utilizing buying teams to increase the likelihood that the best decisions are made. When you take both of these factors into account, you realize team selling is nothing short of a core survival skill.

One of the most strategically important uses of team selling is the collaborative internal process by which sales organizations determine which major deals to pursue… and which to forego. Amazingly, many sophisticated selling organizations make these critical "Go/No-Go" decisions more or less randomly, with no input from other parts of the business. Choices to pursue enterprise deals are all too often made emotionally, driven by statements like “It’s a big deal,” “It’s right in our power swing,” or the ever-popular “It’s ours to lose.” But what do such words really mean? Do they have anything to do with the real business rationale for pursuing a deal? Do they help us to assess the actual business risk we face?

Recently a Chief Sales Officer in Texas told me, “Every opportunity we decide to pursue costs us $40,000. Win or lose: forty grand.” Knowing that number gave him a keen sense of perspective. In pursuing deals with enterprise accounts, whether your number is less or greater than $40,000, understand that the pain he expressed is proportionate to your world. The stakes are high. You have an organization full of bright people. Why would you decide whether to proceed on a major deal based simply on the way the people in the sales silo are feeling on a given day. It sounds crazy, right? Yet it happens all the time.

In Sandler Enterprise Selling, we believe that a team selling approach provides your organization with a secret weapon: the perfect vehicle for deciding on early exit or early acceleration. This collaboration of bright, invested people sets the stage for moving forward or setting aside the pursuit as quickly as possible. And it helps to set up a practical team selling framework for future action if you decide that it does make sense to move forward.

This process begins with a collaborative understanding of what your organization does well, what a truly aligned opportunity looks like, and what the ideal client within a specific industry looks like. With clarity in those areas embedded in the DNA of your firm, you’re ready to use team selling to evaluate the worthiness of specific opportunities. How? By breaking each opportunity’s key issues into three workable categories – Client Issues, Selling Team Issues and Financing/Contract Issues.

Each of these issue areas are evaluated in a team selling “deal forum” involving key players from across your organization, with a keen focus on establishing real-world levels of stability or risk. That’s the key: being willing to ask, for each issue, "Are we stable or is there risk? And what would some of the issues be?" For instance: Do you have multi-level relationships within the account you are considering pursuing? Do you know who your competitors are? Do you know what aligned relationships each competitor has with the account? How about contractual guarantees, warranties or penalties? Does your team understand them?

The number of issues considered will vary based on the size, complexity and impact of the deal. In the areas where collaborative input has identified risk, pragmatic action plans must be crafted to mitigate the risk as quickly as possible if the deal is to move forward. These action plans should involve multiple members of the selling team, taking advantage of your teammates’ functions and behavioral styles to match with buyers, where appropriate, to increase the likelihood of successful interpersonal communication.

It’s critical to attack these issues as early in the pursuit as possible. Nothing good will come from ignoring risk issues and "dealing with them later." These risk mitigation efforts will either add confidence to moving forward or clarify your levels of dangerous risk, providing you with meaningful and actionable information you can use to make decisions about the viability of the opportunity. Of course, some measure of risk is to be expected and accepted in a major deal. But you must not take on risk you that you don’t evaluate, address and attempt to mitigate in a team selling format. Determining acceptable risk is your team’s job. That call can’t be made without a clear understanding of the impacts.

With a pragmatic team selling approach to the critical Go/No-Go question, you’ll either be increasing your probability of winning… or increasing your confidence that the deal should not be pursued. For organizations selling into and serving enterprise accounts, "early exit or early acceleration" is a critical decision point – one that must be made responsibly, so as to support the sales team and all its stakeholders.

Watch this video to learn more about team selling in the enterprise space.