Then you check your voice mail five times a day, hoping for the go-ahead. Finally, you recognize the voice of your prospect. Your heart skips a beat. He says, “Hi. It’s Bill from ABC Company. I’m sorry it took so long to get back to you, but it’s just been SO hectic around here. Anyway, I just wanted to let you know that, at this time, we’ve decided not to go with you. You did a great job with the proposal, but I’ve been working with these other folks for so long that I’ve decided not to change things. Thanks for your time. I’m sure we’ll talk again.”

How do you feel right now?

Some of you aren’t feeling too badly. You’re not happy, of course, but your general reaction might be, “Well, at least Bill’s nice enough to let me know where he stands. Most would just leave me hanging forever. And besides, it doesn’t mean we’ll never do business.” Within a few hours, maybe less, you’re pretty much over it.

Others of you, on the other hand, feel as if the rug were just pulled out from under you. You’re thinking, “What am I going to do now? I was counting on that deal. Where did I go wrong? Is it me?” You can’t get yourself to pick up the phone to call another prospect for several days, which you spend shuffling papers around your desk.

If you handled this scenario without too much disappointment – congratulations. You have learned one of the toughest lessons in the world of selling. You have separated your role as a salesperson from your core identity – your self-image. Success or failure of any one deal cannot diminish who you are as a person. You’ve learned not to take it personally.

Those of you who stumbled – don’t be too hard on yourself. Most people react this way at some point in their careers, especially early on. Here’s the good news: You can develop new ways of thinking and feeling. It takes time and practice. Having personally been through that transition, I can tell you that it is an empowering experience.

Now here’s a key lesson for all of you, regardless of your reaction to the scenario: YOU DIDN’T HAVE TO BE THERE IN THE FIRST PLACE. Your selling process, or perhaps your lack of a selling process, put you there. You could have known what it would take to separate Bill from his current vendor, or that nothing you could say or do would do the trick. You could have known exactly how and when he would make his decision. You didn’t need to be waiting by the phone for his call. You might have even decided NOT to do the proposal in the first place, saving you money and time. You could have avoided hoping, wishing, expecting, and ultimately being disappointed. With the proper selling process, you won’t win them all. But you never have to be disappointed again. 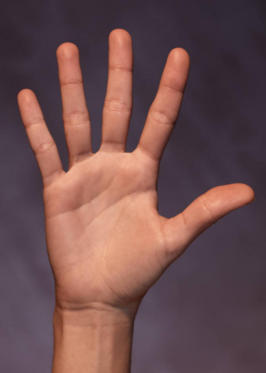